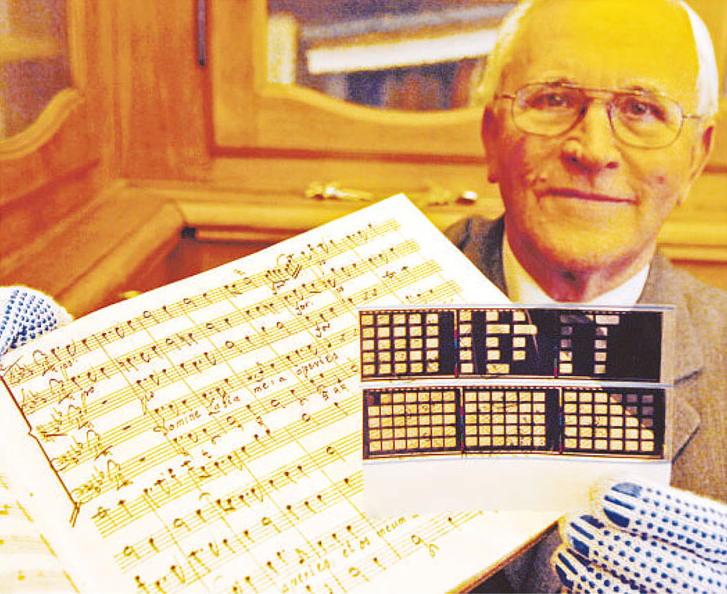 MUSICA and the DANOK Project

From its founding, Musica International has played a major part in the safeguarding of the cultural choral inheritance whether on a local or world scale.

Thus its participation in the Interreg IIIA DANOK project is natural. In collaboration with the Union Sainte Cécile (USC), a Musica member based in Strasbourg, Musica International is both digitizing and microfilming the collection of manuscripts and invaluable printed papers from USC’s music library, which is housed in the palace of the Archbishop of Strasbourg. The major part of this collection is uncataloged and inaccessible, as much to the expert musician as to the “general public” of the choral world.

These documents form a part of the cultural inheritance of the Upper Rhine region, where the overlap of the Germanic and French cultures is particularly marked. For example, the collection includes handwritten scores of the choirmasters of the Cathedral of Strasbourg from the 16th through the 19th centuries, such as Sebastien de Brossard and Franz Xaver Richter, whose names alone express the diversity of the cultural influences.

The USC collection will be cataloged in detail in the databases of both DANOK (www.danok.eu) and Musica International (www.musicanet.org). This detailed cataloging will give a particularly strong visibility to these works and will allow retrieval of the digitized documents, which will be available on line.

We are a partner of

By continuing to use the site, you accept the use of cookies. More information